Parents share the deadly impact fentanyl has had on their families 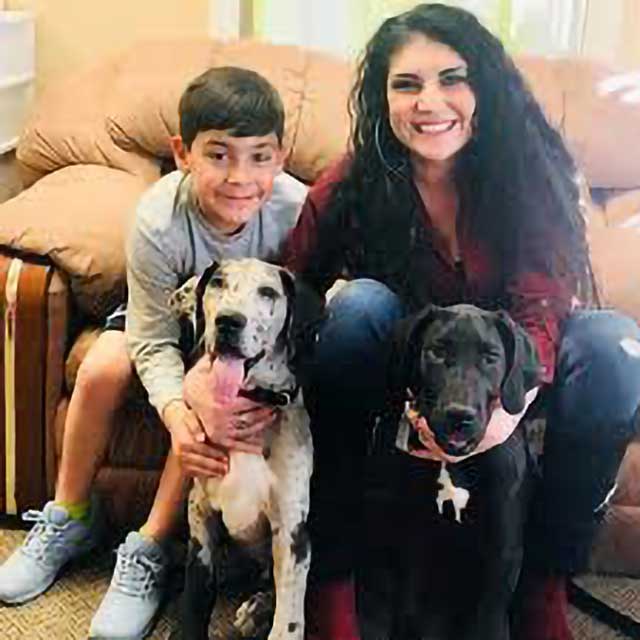 In June of 2018, seeking relief from a painful flare-up of her chronic pancreatitis, Ashley Romero took a pain pill that she thought was a legitimate prescription. Shockingly, the single pill took Ashley’s life.

A mother, a Great Dane lover, and someone who sometimes fed the homeless in her community on Sundays, Ashley was taken from her family at age 32. According to news reports, police believe the pill was laced with fentanyl, a powerful synthetic opioid that is similar to morphine but can be up to 100 times more potent.

After Ashley’s death, the Grand Junction Police Department (GJPD) launched a public service announcement to warn the public of the presence of fentanyl-laced pills in the community. The danger posed by the rise of counterfeit drugs in the area was something everyone should be aware of, not just those misusing the drugs illegally.

“This is not something that is specific to drug-seekers or people that are routinely abusing prescriptions,” said Heidi Davidson, a GJPD spokesperson. “It makes it highly dangerous to anyone.”

GJPD warned that the pills infiltrating the community had the realistic-looking markings of prescription oxycodone pills but were, in fact, fentanyl—an extremely powerful opioid that can be lethal in a very small amount. Ashley’s mother, Andrea Thomas, lent her voice to what she saw as an extremely crucial public service campaign.

“On June 11, 2018, my phone rang at 7:24 am. The voice on the other line told me that my beautiful daughter, Ashley, was dead. Ashley had been given a counterfeit pill laced with fentanyl. I was told by the coroner that she probably died instantly,” said Thomas, who, since her daughter’s death, co-founded Voices for Awareness Foundation to help shed light on issues pertaining to substance abuse, addiction, overdose, counterfeit drugs, and suicide. Thomas has become a crusader for warning the public about the threat of counterfeit drugs like the one that killed her daughter. She told an audience on Capitol Hill in September 2019 that 11 other people died from the same batch of counterfeit pills that killed Ashley.

“The deadly pill Ashley took looked just like her normal medication. This is an epidemic in our country that I previously knew nothing about. It is time to take action. The National Consumers League’s new resources for consumers will help spread awareness and will make a difference to many,” said Thomas. “If you do not know exactly what it is, do not take it.”